Problem with TAdvOfficePager/TAdvToolbars when resizing window and maximizing

Hello,
I am using Delphi 10.4 and TMS VCL UI Pack downloaded (as latest version) on the 8th of June (AdvToolbar version 6.8.3.4, AdvOffice Pager 3.8.4.4). Compiled for 32 bit (so far)
To demonstrate the problem I modified the DynRibbonToolbar demo: I have created a toolbar ("ribbon") with several TAdvGlowButtons and I perform the following steps:

Is there some property I have misused or I am missing something that solves the problem?

I could not reproduce this. I see after maximize:

Same here, with Delphi11,Windows 11.
After shrinking the form to it's minimum width, when you click the maximize square button (without resizing back the form to some larger width) , it maximizes without the ribbon controls.

In 64 bits it also happened that the form "tried" to maximize in height, but not in width (after some attempts and resizing I could maximize, but the first tries only made it taller). It happened once with 32 bits.

In my case, I am using a 3840x2160 monitor (at 144 dpi, if that matters), with the behaviour you also described.
Is it possible that your development team will look into this problem to have some fix? 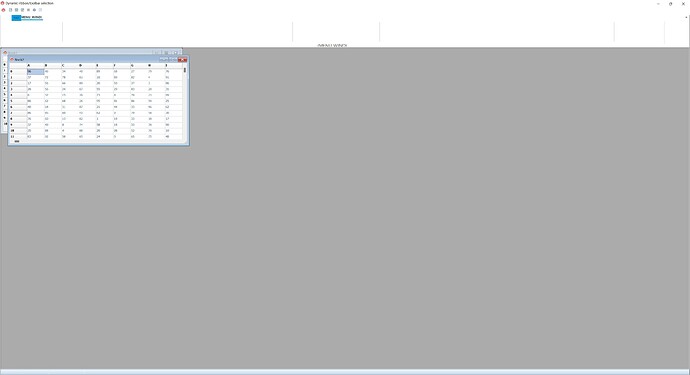 As soon as we can reproduce this, we can start investigating.