I previously uninstalled all TMS's modules from 10.4.1. 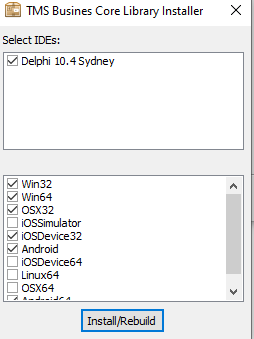 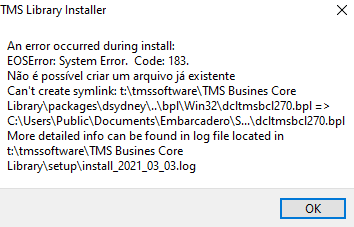 Maybe the path was too large.

I noticed it was originally installed in t:\ , instead of t:\tmssoftware.
Now I reinstalled in T:, and it worked.
Either the path was too large, or there was something remaining in the registry that pointed to the previous installation path, even after I've uninstalled it.
I really don't believe it was a large path problem, because the setup program shows a default base path much larger than T:\TMSSoftware.