Hi Wagner, you've pointed out to me that SQL Anywhere support has been added to Aurelius (in version 4.4).

I checked the version history, it's definitely there:

I've been trying to create an XData Server with the Delphi Sydney wizard - there is no Adapter that will allow me to choose the correct Dialect.

Hi Ed, in Aurelius the dialect name is "SQLAnywhere": 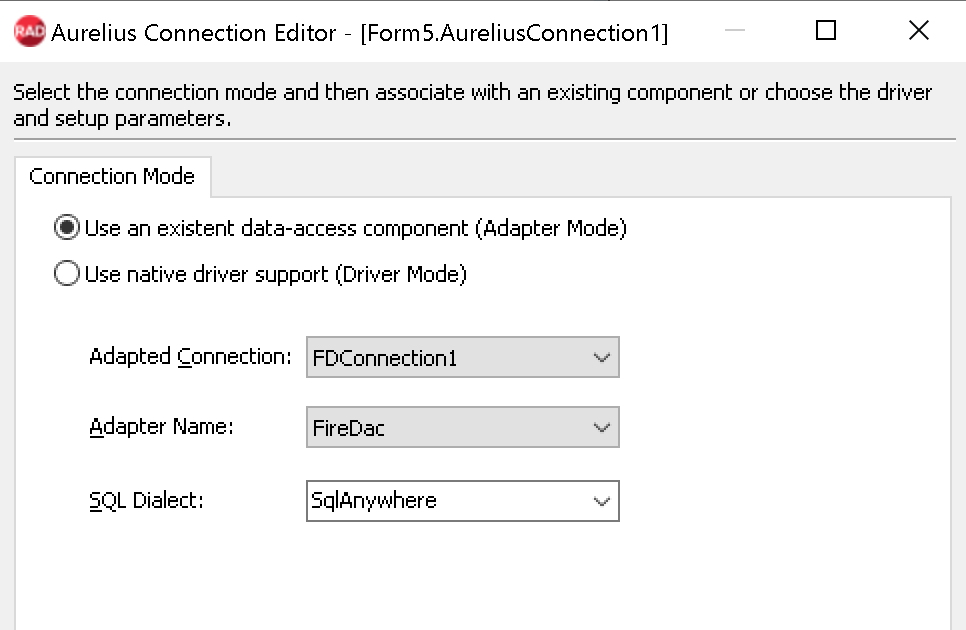 Hi Wagner - are the SQL Dialects not shared with XData Server (I'm not using Aurelius for this project).

The SQL Dialect drop down does not include "SqlAnywhere"...

Will it eventually have SqlAnywhere?

I see. That wizard is actually deprecated, that's why it was not updated. But you can simply type "SqlAnywhere" there and everything will be fine.

Thanks Wagner - is there a replacement wizard I should use for that type of project?